This article was originally published on Down To Earth on 13 August 2021.

The ecosystem services of wetlands need to be highlighted in our development policies, urban planning and climate change mitigation.

Nearly 30% of the natural wetlands in India have been lost in the last three decades mainly to illegal construction, unsustainable urbanization, agricultural expansion and pollution, according to estimates by Wetlands International South Asia.

In addition to urbanization needs, a lack of awareness and knowledge on wetlands and their ecosystem services can be blamed for this widespread loss.

The National Mission for Clean Ganga in January 2021 formulated a toolkit for the management of wetlands and water bodies in urban areas as well as studying the concerns of rapid urbanization.

Later, on the occasion of World Wetland Day, a massive scientific and community-based program to develop health card and management of 10 wetlands in each of the 50-plus Ganga districts was launched by the Union Ministry of Jal Shakti (water resources).

In June this year, the Delhi Development Authority invited public comments on Master Plan Delhi 2041 (MPD 2041) to protect and develop an integrated network of ‘green and blue assets’ of Delhi to maintain the biodiversity and microclimate of the capital.

The plan also laid out strategies to enhance public connection with nature. It encourages residents and stakeholders to play a role in the protection and improvement of the green-blue assets to develop community ownership.

The Delhi Development Authority (DDA) has already sent the plan to the Union Ministry of Housing and Urban Affairs for approval and is inching closer to getting it finalized soon.

These are all steps in the right direction for India’s urban planning strategy.

As urbanization is only likely to intensify, the country’s wetlands need to be safeguarded urgently.

The Ramsar convention with 42 wetlands under its protection has helped some important sites since it came into force in India in 1982.

However, conservation efforts mostly centered on the notified Ramsar sites ignore several other urban wetlands that are equally important.

The Cities4Forests global campaign, which works closely with cities around the world to connect with forests, emphasizes the importance of wetlands and their multiple benefits to help combat climate change and protect biodiversity in cities. 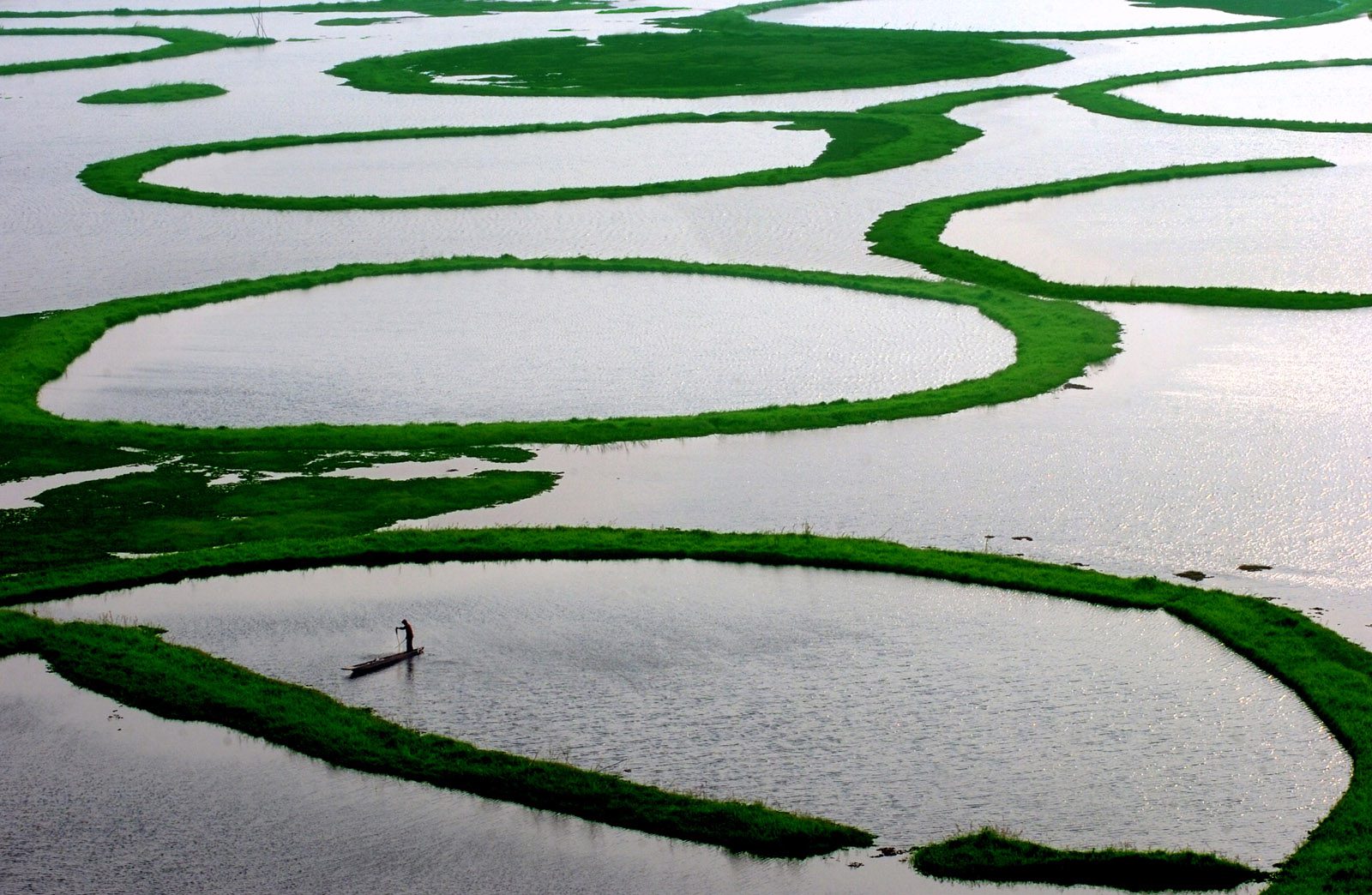 A fisherman searches for catch at Loktak lake in Manipur, India. It is also called the “Floating lake” due to the floating house on it. Photo: Sudiptorana

Mainstreaming wetlands ecosystem services and biodiversity into our developmental policies and urban planning processes, including climate change mitigation, is the pressing need of the hour.

The multiple benefits and services provided by wetlands are essential to achieve the ambitious agenda for building resilient cities to achieve our sustainable development goals, while accommodating further development and eradicating poverty.

Mega urban schemes like Smart Cities Mission and Atal Mission for Rejuvenation and Urban Transformation need to add the aspects of sustainable management of wetlands.

Cities are unable to cater to the water demand due to a policy vacuum as there is no well-defined ‘National Urban Water Policy’ to guide urban water management.

There is also a need for more scientific data, imagery, maps and other relevant tools to provide knowledge on the status of wetlands.

Indian Space Research Organisation carried out the National Wetland Inventory and Assessment using remote sensing satellites from 2006 to 2011 and mapped around two lakh wetlands in India. Besides this, however, little effort has been made by the states in identifying wetlands.

There is also a need for stronger enforcement of rules. For example, the National Plan for Conservation of Aquatic Ecosystems and the Wetlands Conservation and Management Rules, 2017 (updated in 2020), have had limited impact as regulatory bodies like the Central Wetland Regulatory Authority only have advisory powers.

Awareness is the first step towards protection, according to the experience of Ramveer Tanwar, who resurrected around 20 ponds and lakes in and around Noida.

Starting with awareness campaigns in targeted areas, Tanwar’s team encourages locals to participate with their time and monetary contributions, while fundraising remaining finances from private companies (costs vary between Rs 3-5 lakh per acre of wetland area).

They used a five-point wetland revival process. First, hyacinth and garbage are cleaned off the water. Then, the water body is divided depending on its size and water is drained from each section. The bottom is left to dry completely and if required, they excavate the bottom.

A path is created around the area for plants and finally, water is flown back in it and the waterbody is rejuvenated.

Several other small-scale initiatives can also be studied for scalability/replicability.

In the Mithilanchal region (north Bihar), Narayan Choudhary’s Talab Bachao Abhiyan has mobilized communities over the years. The campaign created awareness on encroachment and pollution of local ponds and pushed the government to take action.

Shweta Hule’s ’Swamini’ self-help group of ten women have been organizing a ‘mangrove safari’ for tourists in the Mandavi creek in Sindhudurg since 2017. This has been recognized as a model for community-led conservation through ecotourism.

The state forest department has made efforts to replicate their model in other parts of coastal Maharashtra.

Using local experiences and expertise, a robust policy can be drawn to transform the conditions of the wetlands in the country. Plans like MPD 2041 with a focus on water bodies and the land around them are the future of urban planning. These are referred to as the ‘green-blue policy’, where water bodies and land are interdependent, growing with the help of each other while offering environmental and social benefits.

But DDA wants different agencies like the Delhi Jal Board, flood and irrigation department and municipal corporations to come together as stakeholders for this project. This is going to be a tough task, especially when it has no supervisory power over these bodies.

The Space Applications Centre (SAC), Ahmedabad under ISRO and the Indian Council of Agricultural Research-Central Marine Fisheries Research Institute (ICAR-CMFRI), Kochi will jointly identify and demarcate wetlands smaller than 2.25 hectares across India’s coastline. They will protect the water bodies through the ‘coastal livelihood programs’ to build resilience against the impact of climate change. 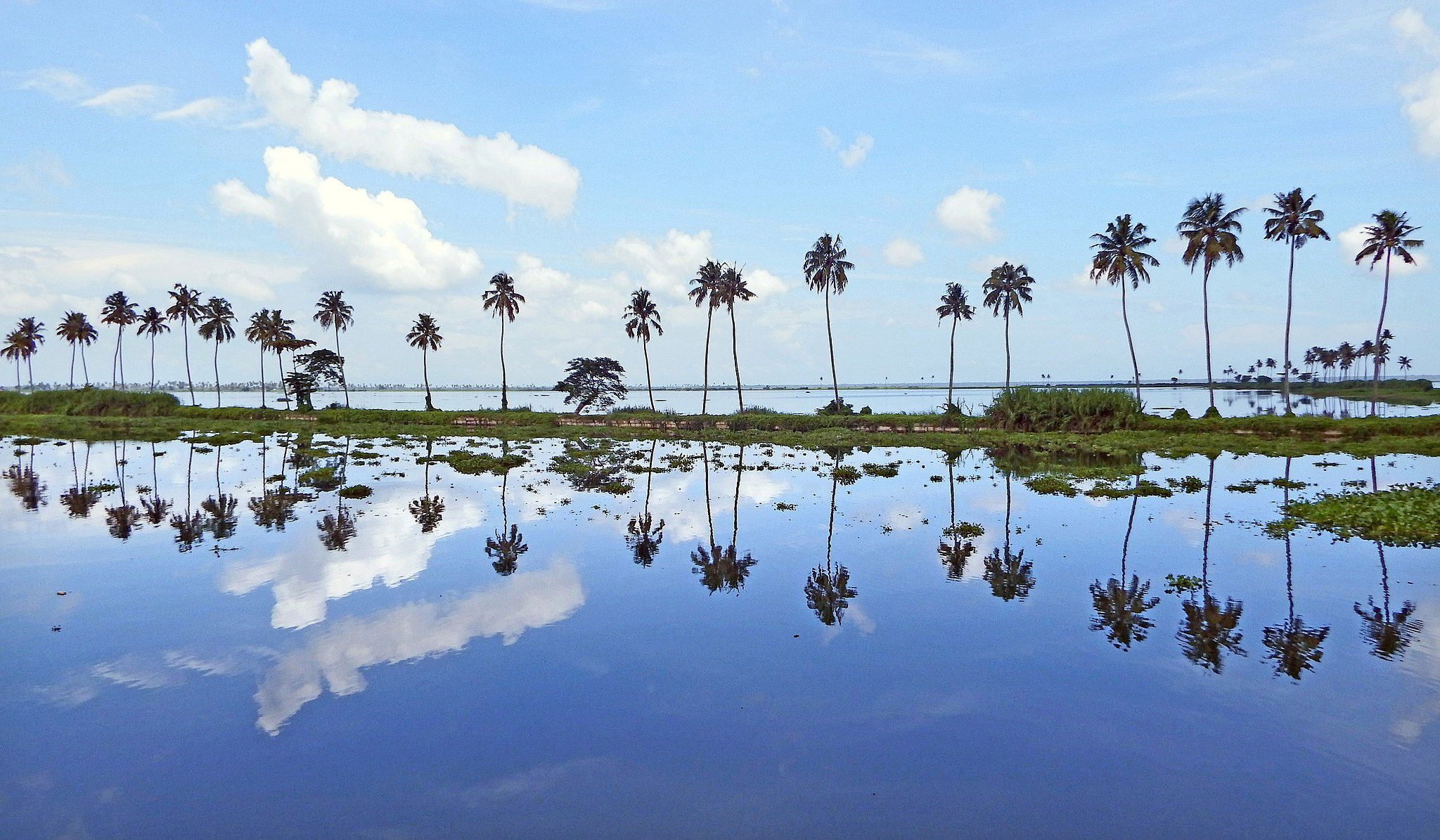 The creation of the toolkit will also enable urban local bodies, urban managers, urban planners and other stakeholders to address the water management issues by achieving action on the ground in a comprehensive and integrated manner.

Such smart and innovative ideas along with increasing space for people’s participation in management and decision-making for their wetlands are a desperate requirement for building a climate-resilient future for India.

Climate and Water Risk in Africa: 3 Ways to Scale Up Nature-Based Solutions for a More Resilient Future

Planting Healthy Air: A Natural Solution to Address Pollution and Heat in Cities