By Tarun Sharma and Pallab Deb

This article was originally published on REVOLVE on 18 June 2021.

As Indian cities experience continued growth and associated urban challenges, such as air pollution, artificial flooding, and water scarcity, appropriate forest governance is vital. However, the mismatch between jurisdiction over and funding for forest management and the impacts of poor forest management leave cities at an impasse.

The last few years have seen the Indian government introduce multiple policies and national programs for urban renewal and development. These policies seek to make cities smart, with better infrastructure and service provisions, but there have been none that are solely focused on the environmental aspects of the cities. It is no surprise that Indian cities have been regularly featured in the lists of most polluted cities in the world and water-rich cities have begun to run out of water. However, though cities face the brunt of these problems, city governments are seldom able to do much on their own given jurisdiction and resource constraints.

These limitations continue despite the watershed 74th Constitutional Amendment Act (CAA), 1994, which recommended the transfer of 18 broad categories of services from state governments to city governments. The 74th CAA also made legislative space for a corresponding transfer of funds and functionaries, however, as multiple studies have shown, this transfer has been incomplete. State governments across the country continue to perform most of the functions and have only devolved some functions such as solid waste management and issuance of birth and death certificates to city governments.

Though cities face the brunt of environmental problems in India, city governments are seldom able to do much on their own given jurisdiction and resource constraints.

One of these un-devolved functions is ‘Urban Forestry, Protection of The Environment and Promotion of Ecological Aspects’, and further, the CAA itself does not define the activities under this function. According to a pan-India study on decentralized urban governance undertaken by Nagrika, city officials reported the development and maintenance of public parks and gardens and city beautification as ‘urban forestry’. Most of the trees that various municipal governments are responsible for are those along the roadsides. Based on our research at Nagrika, some of the key functions under Urban Forestry as per the state municipal acts and the actual functions performed by the cities are as follows: 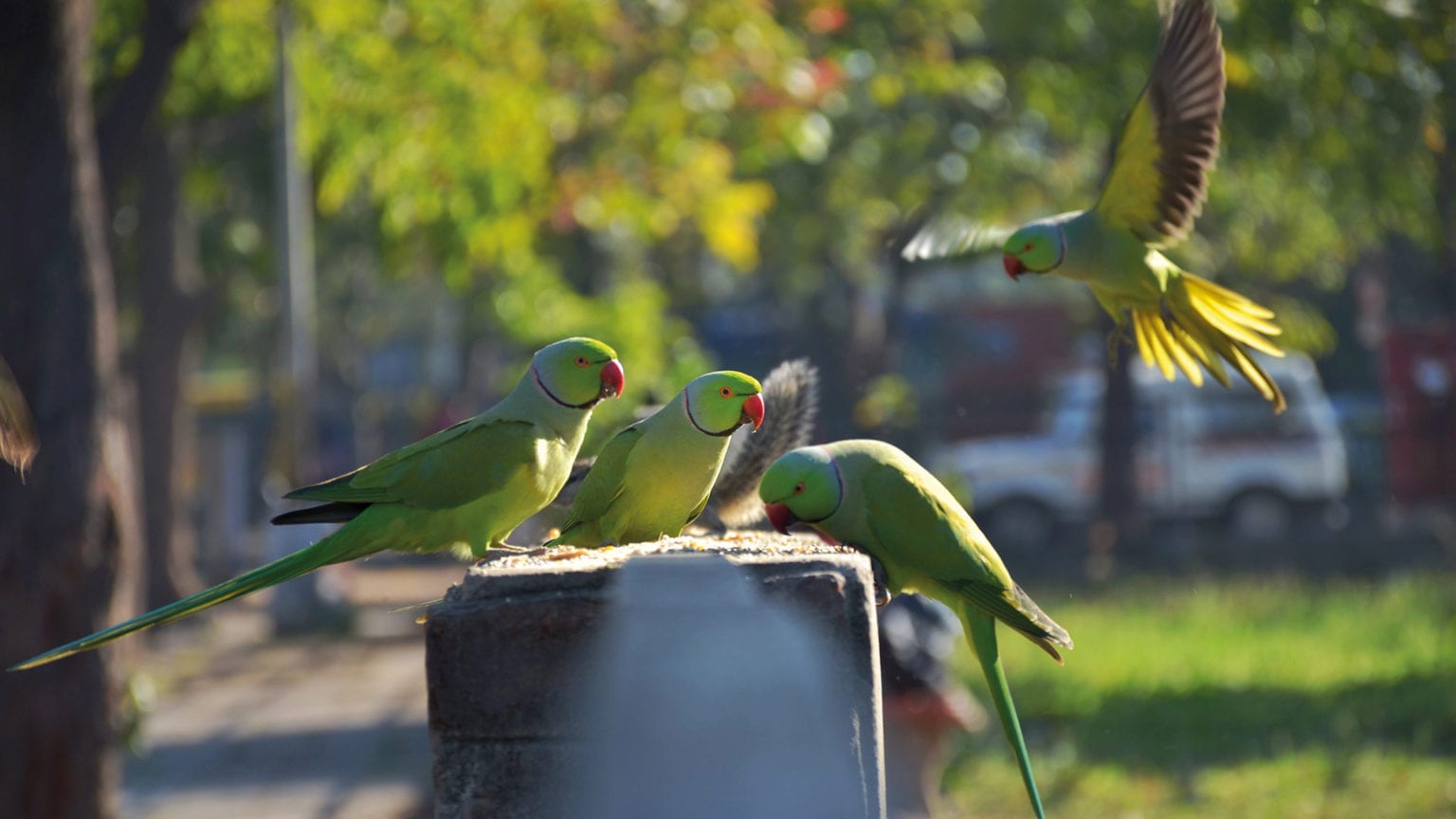 Who Takes Care of Urban Forests?

State governments’ Forest departments are the governmental bodies most frequently tasked with the management of urban forestry. As per our research, other institutions involved include Environment and Wildlife Departments, Development Authorities, and State Pollution Control Boards – all under varying control of the state governments. Interaction between these bodies and city governments remain tense, with minimal collaboration between them even in areas of overlapping jurisdictions.

Below are five cities with varying population ranges (0.05 million to 2.4 million) as well as varying forest cover (3% to 40%) but none of them have an institutionalized department for forests.

In fact, most city governments in India do not have specific departments dedicated to urban forestry. This is more so in small and medium size cities, which suffer from an even greater lack of resources to undertake urban forestry responsibilities and an increased control by state governments. In the case of Shimla Municipal Corporation, responsibility for local urban forest lands was taken by the state government in 2006, then partially returned to the city in 2010, only to be taken back in 2013. The

reasons cited for the transfer to the state government include the lack of resources and expertise at the city government level to properly manage forests and protect them from encroachment.

How are forests defined?

Part of the governance issues around urban forests arise from the lack of a national definition for ‘forests’ in India. The Parliamentary Standing Committee on Science, Technology, Environment, and Forests uses the 1996 Supreme Court definition, which states: “The word ‘forest’ must be understood according to its dictionary meaning”, and will also include “any area recorded as forest in the government record irrespective of the ownership”.

A recent communique by the Ministry of Environment, Forest and Climate Change (MoEFCC) to the states referred to the observations of the Forest Advisory Committees that different states need to have different criteria (to be decided by themselves) to define their forests since various regions have different “geophysical units and “soil-climatic conditions”. Further, the definition of ‘urban areas’ is equally non-uniform, and also defined by respective state governments. Since there is no uniform definition for ‘forests’ or ‘urban areas’, there is none for urban forests either.

In recent times, there have been some national-level policy efforts to define what the term ‘urban forests’ can refer to. The Draft National Forest Policy 2018 recommends the management of “woodlands, wetlands, parks, wood in institutional areas, gardens, avenue plantations, block plantations, etc. in such areas” as ‘urban forests’. A press release document for the central government’s recent Nagar Van Udyan (Urban Forests) Program defines urban forests as “tree populations in urban settings for the purpose of improving the urban environment” and “an environment of trees and related organisms, structures and people”. While both can be seen as working definitions, they are vague and do not describe the physical characteristics of the intended urban forests.

Despite the limitations of definitions, jurisdiction, and funding, some city governments have been proactive in the governance of their urban forests. These are usually bigger cities with larger revenues and hence more independence to undertake work that is beyond the mandated provision of basic services. Often these endeavors are in partnership with the state governments or civil society organizations, where the responsibilities are more democratically shared. 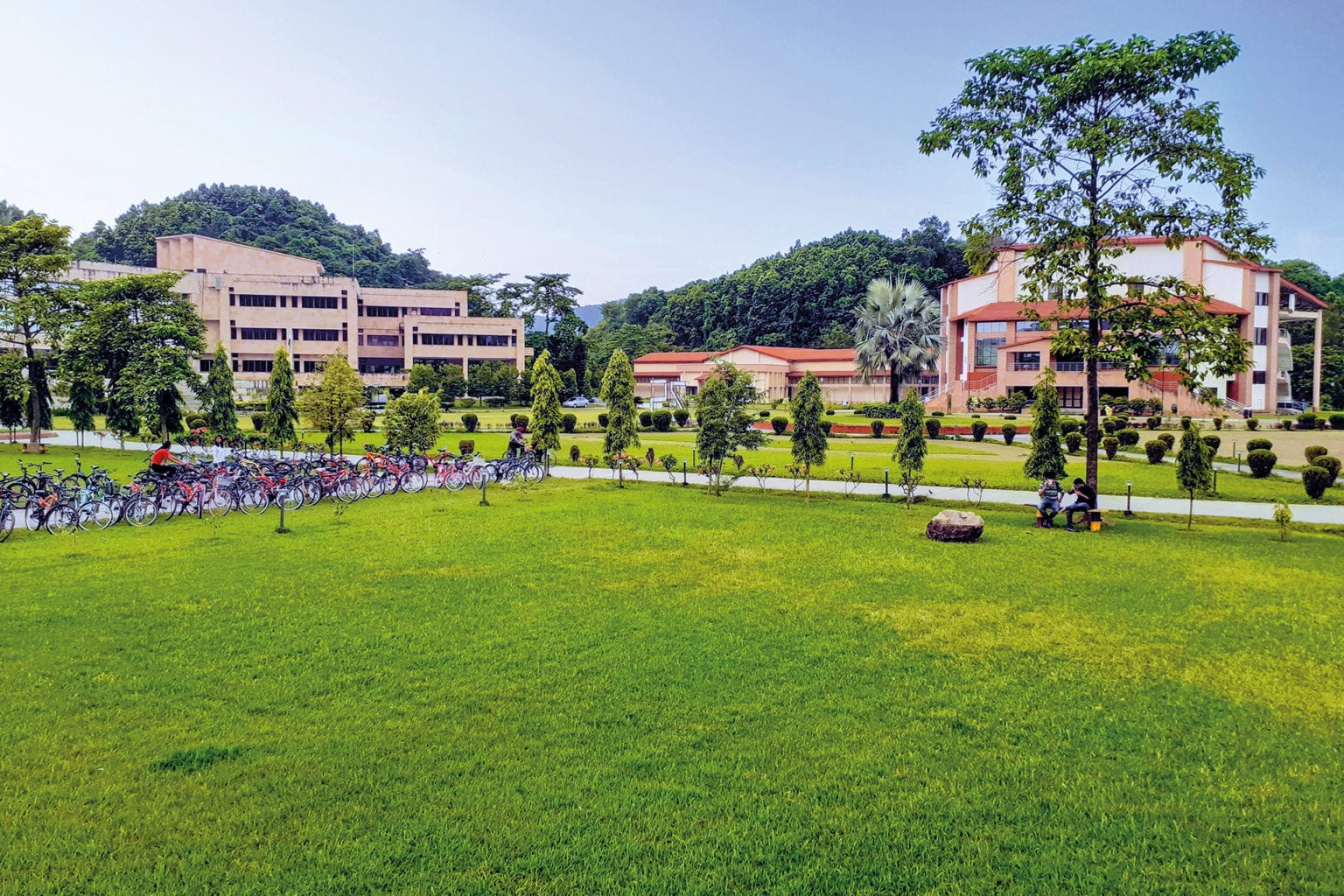 City governments such as Gurugram Municipal Corporation and Chennai City Corporation have started to develop urban forests within their city boundaries. The land the forests are developed on is under public ownership, mostly the municipal bodies themselves. Developing forests on them not only helps the cities counter pollution and ecological loss but aids the local governments in checking encroachment. However, even though these may be considered ‘urban forests’ by the city governments, they require recognition by state governments to be legally considered so.

Another example can be seen with the Pune Municipal Corporation (PMC), which has a Tree Authority Department under it. Unlike most city governments, which limit themselves to the planting of trees saplings and development and maintenance of parks, the PMC undertakes tree censuses and environmental assessment reports, as well as projects around soil and biodiversity conservation. This approach can be seen as successful with the city now home to more trees than human residents.

Municipal corporations are increasingly opening up to Civil Society Organizations and corporates in both developing and maintaining urban forests, as in the case of the Aravalli Biodiversity Park in Gurgaon. These non-governmental bodies not only offer the introduction of newer and more efficient methods, such as the Miyawaki technique but also help relieve at least parts of the capital investment required.

By 2050, 68% of the world’s population is projected to live in urban areas, with Asia and Africa driving the global urbanization trend. India alone will have 814 million urban dwellers by then, compared to approximately 471 million in 2019. This rapid pace of urbanization is likely to cause increased ecological degradation, and finding a balance between urban and ecological needs will be a critical challenge for cities in the Global South.

As smaller cities become bigger, and bigger cities turn into megacities, it is vital for us to pay attention to how even the smallest of cities are managing their forests, recognizing that public parks and street trees are not a replacement for actual forests. For too long, we have conceptualized the ‘urban’ in contrast to the ‘rural; and its characteristics; an artificial landscape that has been stripped of natural forests, ecosystems, and biodiversity. However, as cities struggle increasingly with flooding, water scarcity, and air pollution, it is clear that this binary is not working and that we need to see urban areas not as separate, but rather as parts of the same whole i.e. this one planet.

The rapid pace of urbanization is likely to cause increased ecological degradation, and finding balance between urban and ecological needs will be a critical challenge for cities in the Global South.

There is global evidence that points to the fact that urban forestry management by city governments suffers due to a lack of capacity, expertise, and funds. At the same time, it is also evident that a centralized governance system is not capable of managing micro, city-level demands. As city governments deal with managing city services, they are coming into conflict with forest lands, making the case for forest management to be definitively under their jurisdiction to manage these trade-offs. There have been incidents of such conflicts between forest departments and municipal governments over dumping of waste (garbage, sewage, septage) or cutting or relocation of trees for road widening, or for various infrastructure projects. Local governments need to have autonomy, both financial and functional, to make informed decisions to manage urban forests lying within their jurisdiction as well as support the efforts of other departments doing the same.

Forests Near or Far Can Protect Water for Cities

A River Runs Through Detroit