In the face of our rapidly changing climate, scientists around the world are investigating the potential impacts on ecosystems around the world, and the flora and fauna that rely on them. In the spring of 2021, Cities4Forests and REVOLVE had the opportunity to take part in a tree-planting initiative in Brussels that is looking towards climate-resilient reforestation through assisted tree migration.

In August 2021, the IPCC released their most recent report, stating that human-induced climate change has caused an average temperature increase of 1.1C since the period 1850-1900, with human-induced climate change now affecting every region of the globe. This change is being increasingly felt in our communities, with 2020 obtaining the notorious title of the second hottest year on record, some 1.28±0.08°C above pre-industrial levels, and 2021 bringing record-breaking summer temperatures across Europe. 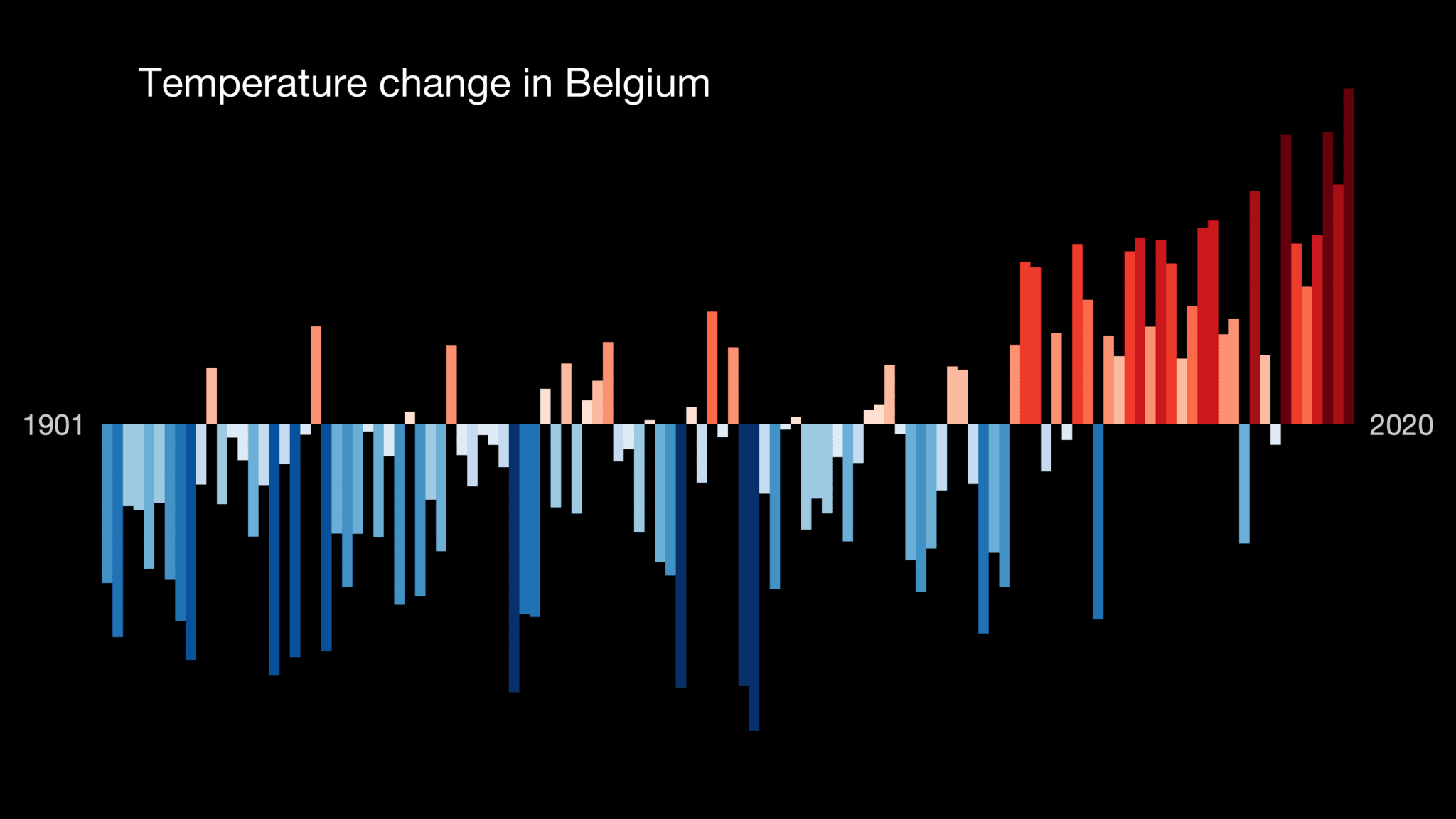 Cities around the world are increasingly looking into ways to combat urban heat to reduce discomfort and mortality associated with these extreme weather events, including increasing urban trees and green spaces. However, when it comes to urban greening, it’s important that we ensure that our investments can stand the test of time, which increasingly means being able to stand the challenges presented by the changing climate.

Thinking In Decades Not Years

While record-breaking summers and years best capture our attention, when it comes to thinking about trees and climate change, we need to shift our thinking towards decades and even centuries. This is a difficult task, as it requires thinking beyond our own lifetimes, and thus beyond what we can connect with emotionally. In the drive for climate action, we have turned to phrases like “future generations” to try and bridge that emotional gap, pushing us into thinking about what our children and grandchildren will face. However, even with that tool, we are only capable of so much, and thinking beyond our own lifespans is difficult, consequently impacting our reaction times to long-term challenges.

But it is this thinking that is required of us as we look towards tree planting to increase urban greenery and protect and restore our forests because each tree planted is facing an uncertain climate and will need to endure conditions upon which we can only speculate. Moreover, unlike other species, including ourselves, trees are not able to act quickly in the face of these changes, in terms of genetic adaptation, nor migration.

In fact, their ability to migrate is not something we often consider, because it is not an option afforded to a single tree, but rather applies to the entire species over various generations, a phenomenon called tree range migration. As conditions change, the seedlings in favorable habitats will survive, while those in less favorable conditions do not, causing a slow migration of the range in which the species can be located. However, this process takes a long time, and the changes to current habitats are happening much faster than tree species can handle.

So, what can we do to help these trees and forests survive and flourish?

What Is Assisted Migration?

Assisted migration, sometimes referred to as “assisted colonization” or “managed relocation”, refers to the process of moving plants or animals from one habitat to another and has been put forth as a potential solution to the threats facing many species due to our rapidly changing climate. In 2014, Hällfors et al put forth the following definition:

The concept is not without controversy, with scientists debating if we should intervene to prevent species loss or allow natural processes to take their course if we should take it upon ourselves to support vulnerable species in their current habitats or look towards relocation as our climate continues to change. Many in the scientific community argue that given the uncertainty of how introduced species will interact with a new community, including any unforeseeable parasites or pathogens they may bring to their new environment, assisted migration is too risky. On the other hand, many others argue that given the changes we have prompted in our climate and the speed at which we have brought them about, it is our responsibility to give the plants and animals who are suffering the consequences a fighting chance to survive these changes. 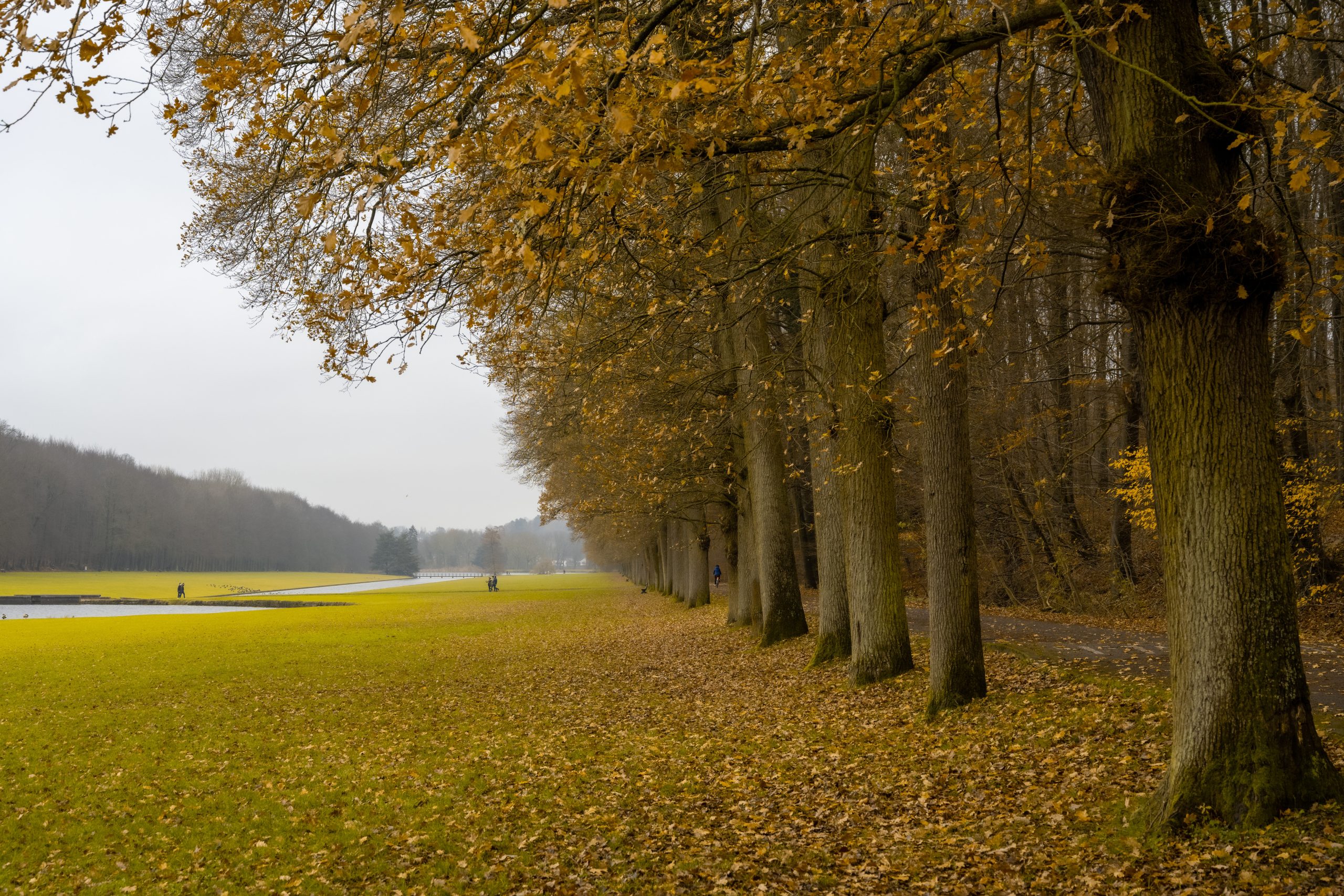 From Theory To Practice

In Spring 2021, REVOLVE took part in a tree-planting campaign organized by the Royal Forestry Society of Belgium (SRFB/KBBM) and Life Terra in Brussels that is experimenting with planting more climate-resilient trees in Belgium. The campaign planted 5 different species, two of which are not currently present in Belgium, to help replace trees that are not adapted to the increasing summer droughts facing the country, such as the spruce and beech. The selection of trees is based on scientific literature and those selected are mostly native to the mountainous regions of the Mediterranean basin where summers are hot and dry, and winters are cold. By planting trees that can handle these different climate types, the project will study if these trees can handle climate extremes the country is increasingly facing and see if and how they can contribute to building a more resilient forest capable of enduring the changing conditions. In terms of citizen engagement, a critical part aspect of any environmental action, the campaign brought together local schools, businesses, NGOs, and EU Directorates to pursue the same goal for our common future.

This initiative is important to the work being conducted in both Life Terra and the SRFB/KBBM, both of which are looking towards combining the goals of reforestation and sustainable forestry with climate mitigation and adaptation.

Life Terra is a foundation that aims to plant a tree for every European citizen – 500 million trees – by 2025, capturing over 3.5 million tons of CO2 and engaging 1,350,000 citizens. Life Terra is founded on the knowledge that trees are one of the most cost-effective solutions to capture carbon, making them an important tool in our climate mitigation strategy. In addition to this principle, Life Terra firmly believes in the need to increase citizen engagement with forests and reforestation initiatives. To support this goal, they have developed an app in which it is possible to track and monitor your tree as it grows, deepening the sense of connection with the forest. Further, Life Terra works hard to build partnerships and tap into existing networks and organizations in local communities to engage a broad base of support for tree planting initiatives.

In Belgium, one such network is the SRFB/KBBM, established in 1893 to promote forests, foresters, and quality forestry, with particular attention being paid to relevant themes such as climate change and forest carbon storage potential. In addition to this project, the SRFB/KBBM is engaged in 25 other planting areas, with over 100 experimental planting plots in which they are conducting trials to assess 25 tree species for climate and pest resistance, as well as the potential for commercialization in the forestry sector. The aim is to create resilient forests that provide climate benefits as well as commercial value to landowners, thus ensuring the commitment of foresters to the preservation of these forests. By creating multifunctional forests with high ecological and economic value, it is possible to produce positive forest dynamics through selective harvesting that allow for the regeneration that is beneficial for the whole forest system. In this way, foresters can contribute to copying and accelerating natural processes, for which, in the context of the pace of our changing climate, we do not have time to wait.

In autumn 2021, Life Terra is carrying out their next planting season in Brussels and other locations across Europe – will you be a part of it?

The Giant Relics of Auckland