Barcelona Superblock: Redesigning the city for the well-being of its citizens

Barcelona Superblock is a street transformation model that aims to reclaim public spaces that were previously used for road traffic in order to create healthy and greener areas for its citizens. It represents a paradigm shift in urban planning and puts the citizen at the center of the city. This ambitious project will enhance citizen well-being, increase environmental benefits and stimulate local commerce.

The Barcelona City Council has conducted a detailed analysis of the city – from mobility flows to green spaces to building stock –  so that a green network of streets and squares could be created for citizens. This ´green network´ is helping to create a new vision of the city where residents take priority, and is being implemented within the Eixample district, where parts of four streets (C/ Consell de Cent, C/ Rocafort, C/ Comte Borrell, and C/ Girona) together with four large squares will be transformed into green areas. 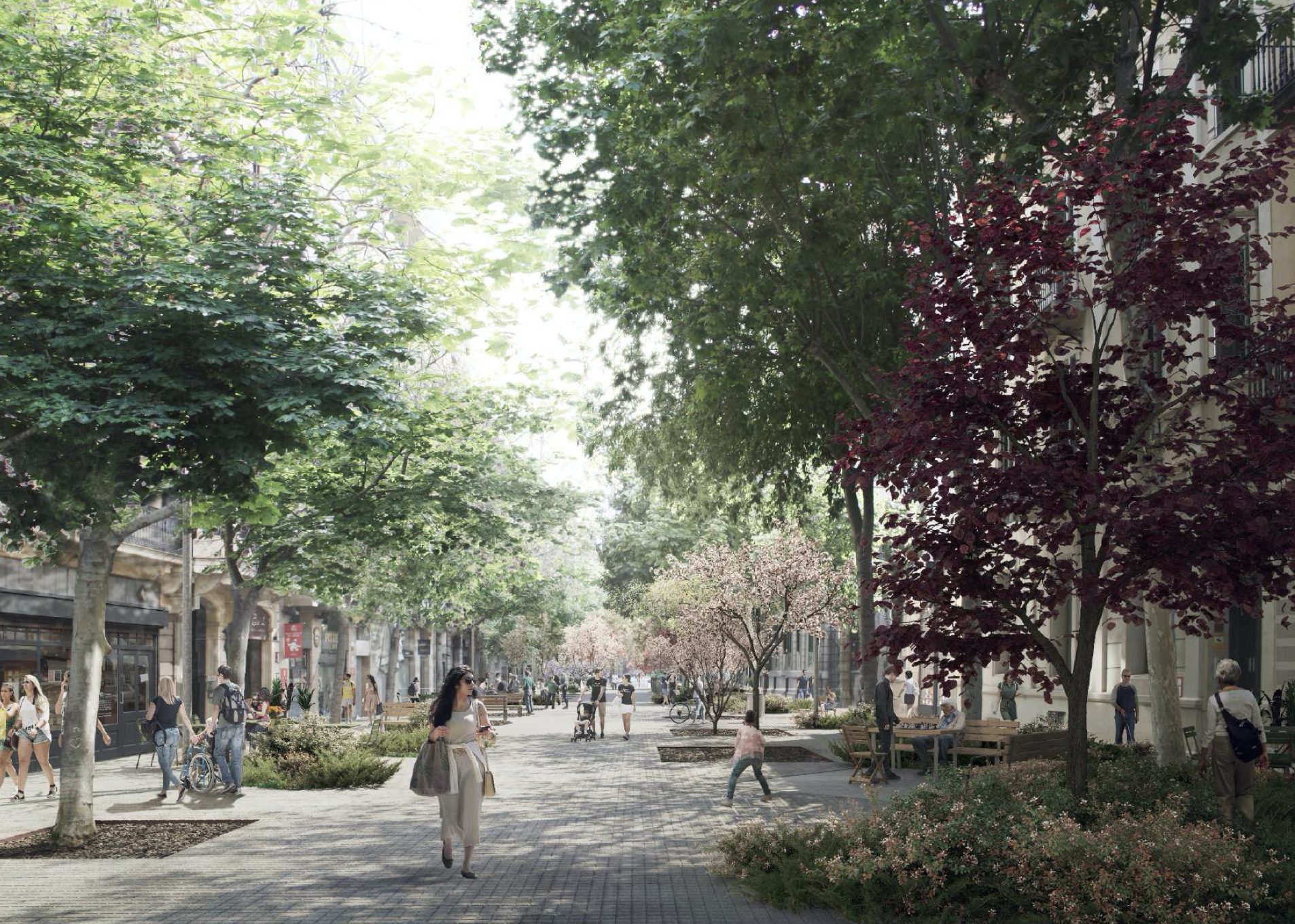 The Eixample district of the city was designed by Ildefons Cerdà and is internationally recognized for innovative urban planning (Plan Cerdá, 1860). This revolutionary plan was based on the idea that the city should breathe, where the original design provided green spaces within each block, known as hidden courtyards. However, the combined effects of urbanization, the rise of motorized vehicles, and unsustainable development have significantly compromised this vision, and the Eixample district today suffers not only from high levels of air and noise pollution but also has one of the lowest number of green areas in the city.  Applying the Superblock program in this district can help to restore the key principles of Plan Cerdá and defines a new vision for the future.

The aim of the Superblock program when finalized is for Eixample residents to have access to either a green street or a green square within 200 meters from where they live. Green Streets are where traffic-calming measures have been implemented, offering citizens places to relax in areas surrounded by trees and vegetation.  A total of 21 green streets will be created in the Eixample district, with a total length of 33 km.  Green Squares will be created at crossroads that are currently being used for road traffic. Twenty one of these areas will be transformed into green areas and provide the residents of the Eixample district with places for relaxation and recreation. These 21 new squares will account for nearly four hectares of new public spaces.  When combined, Barcelona Superblock will provide residents of the Eixample district with 33 hectares of new pedestrian areas and nearly seven hectares of urban green areas. 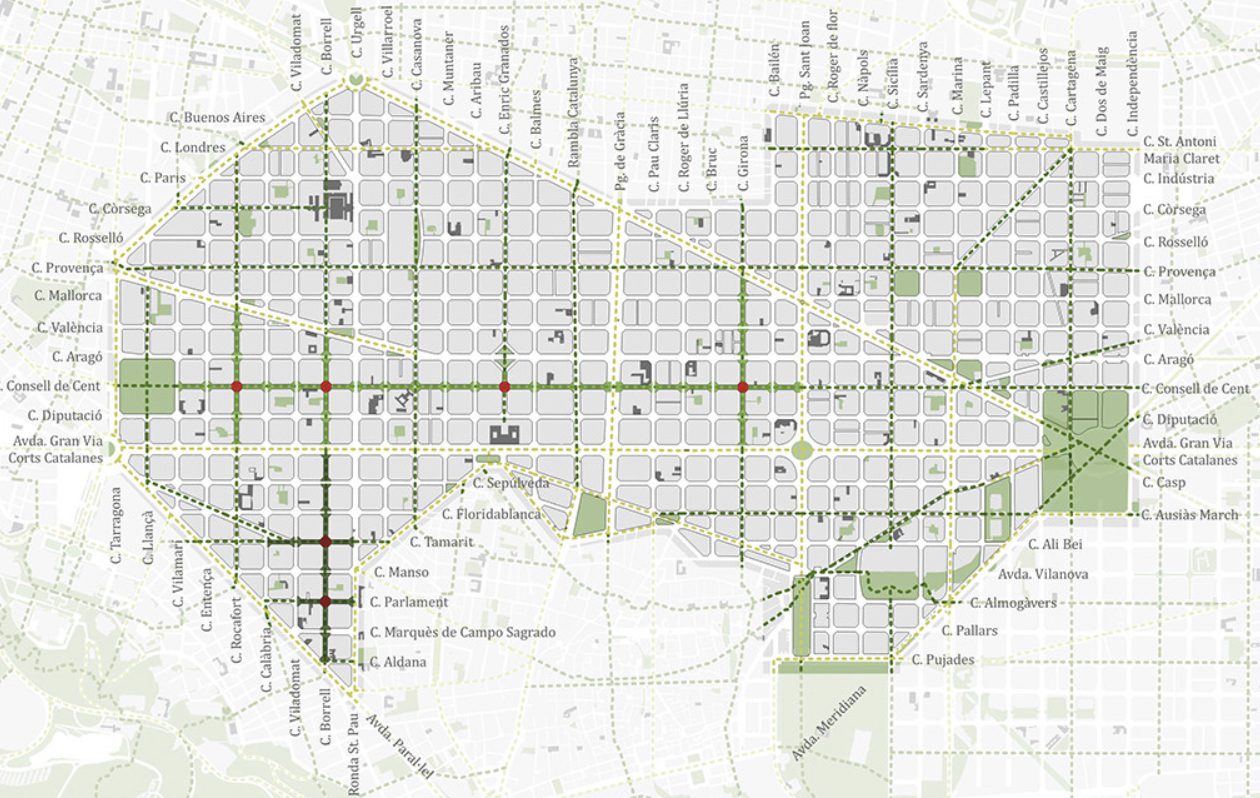 Toronto: Where the Trees Meet the Water

Nairobi: The Green City in the Sun